THQ's Heavy Iron Studio reached out to me after my contract was up at Treyarch and tasked me with a UI test utilizing their Incredibles video game.  I created sample UI elements such as various damage states for the player's health HUD and what it looks like when a player switches characters, etc.  I also created a flash based mission end screen, pause menu and start screen.  The studio was impressed with my work but ultimately went with a more senior UI artist for the role. 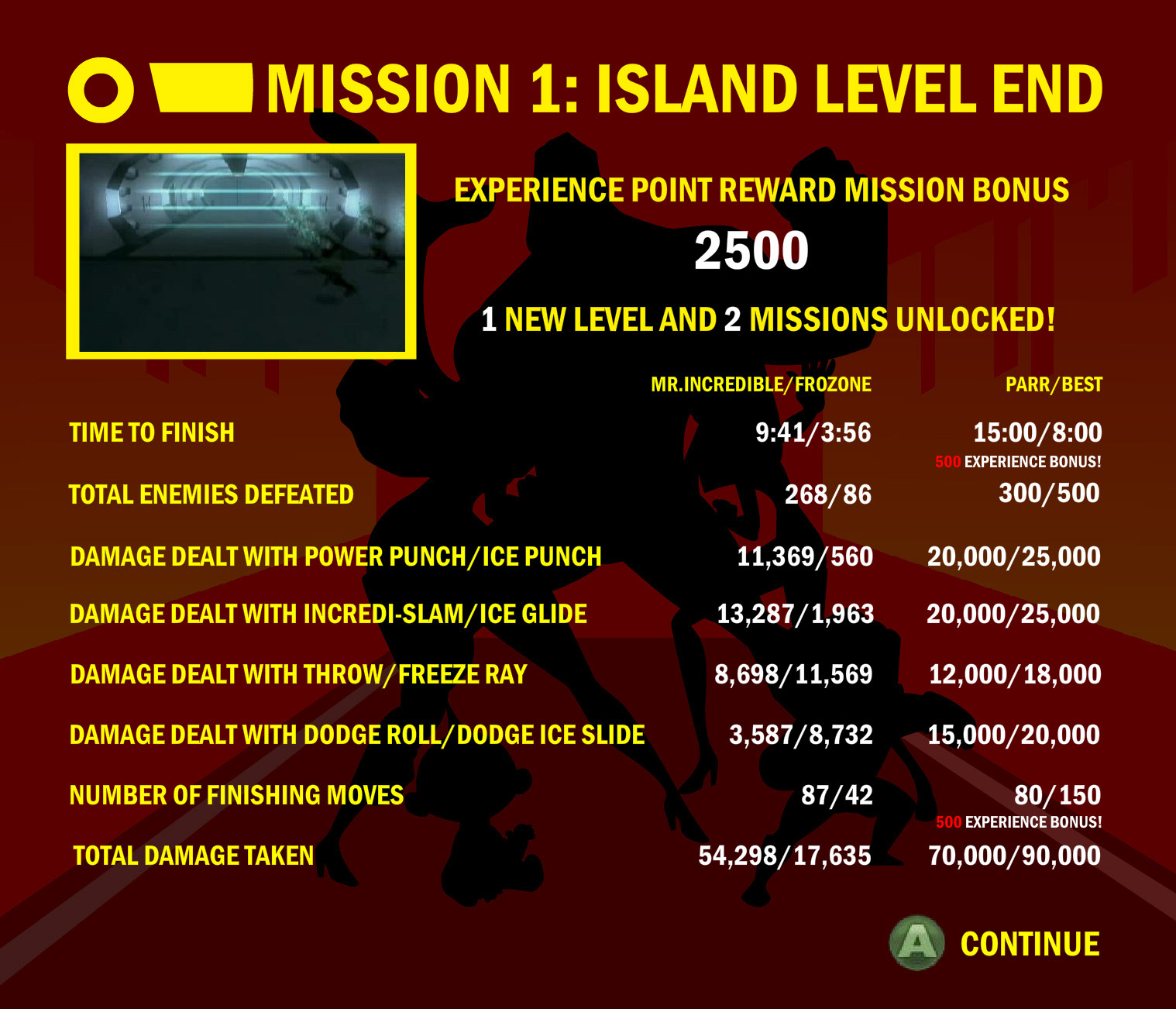