I envisioned creating a fantasy in iBUYPOWER's demographics's eyes that a computer from iBUYPOWER is all you need in life.  That is depicted in this first of three creative collection by (previously) CLG esports superstar Doublelift running away from an alien invasion with only his treasured Revolt Gaming PC in tow.  The tagline creative was altered to coincide with Doublelift's saying: "I am the Greatest... Everyone Else is Trash."
This ad ran numerous times in Maximum PC and PC Gamer magazine.

This 2nd of 3 creative of the Everything Else Comes Second campaign shows a female gamer so immersed in her gaming session that she is more concerned about her iBUYPOWER laptop than King Kong's arm.

This 3rd of 3 creative of the Everything Else Comes Second campaign features my own likeness engaged in a glorious victory without reguard of Godzilla tearing my rooftop open. 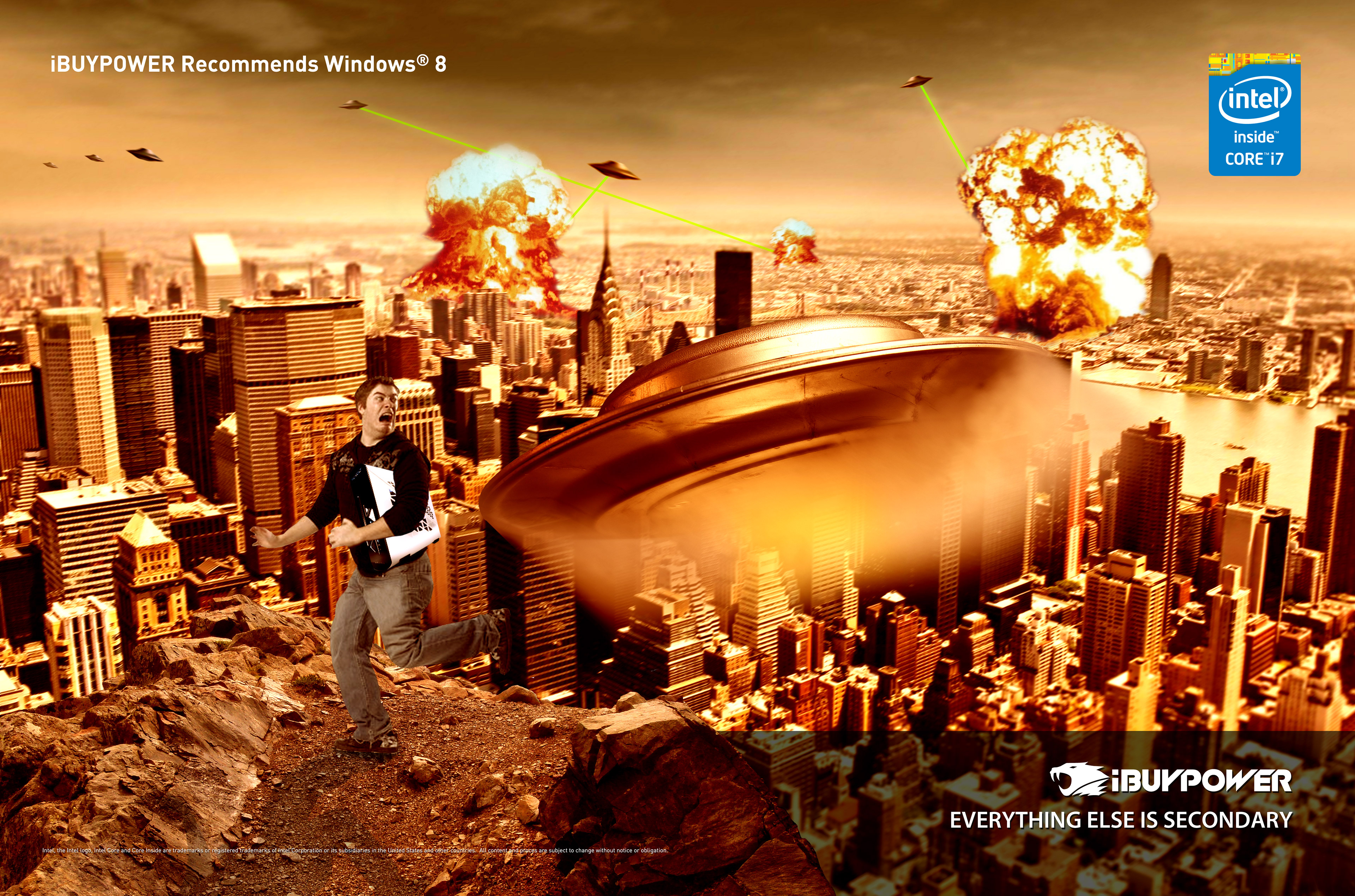 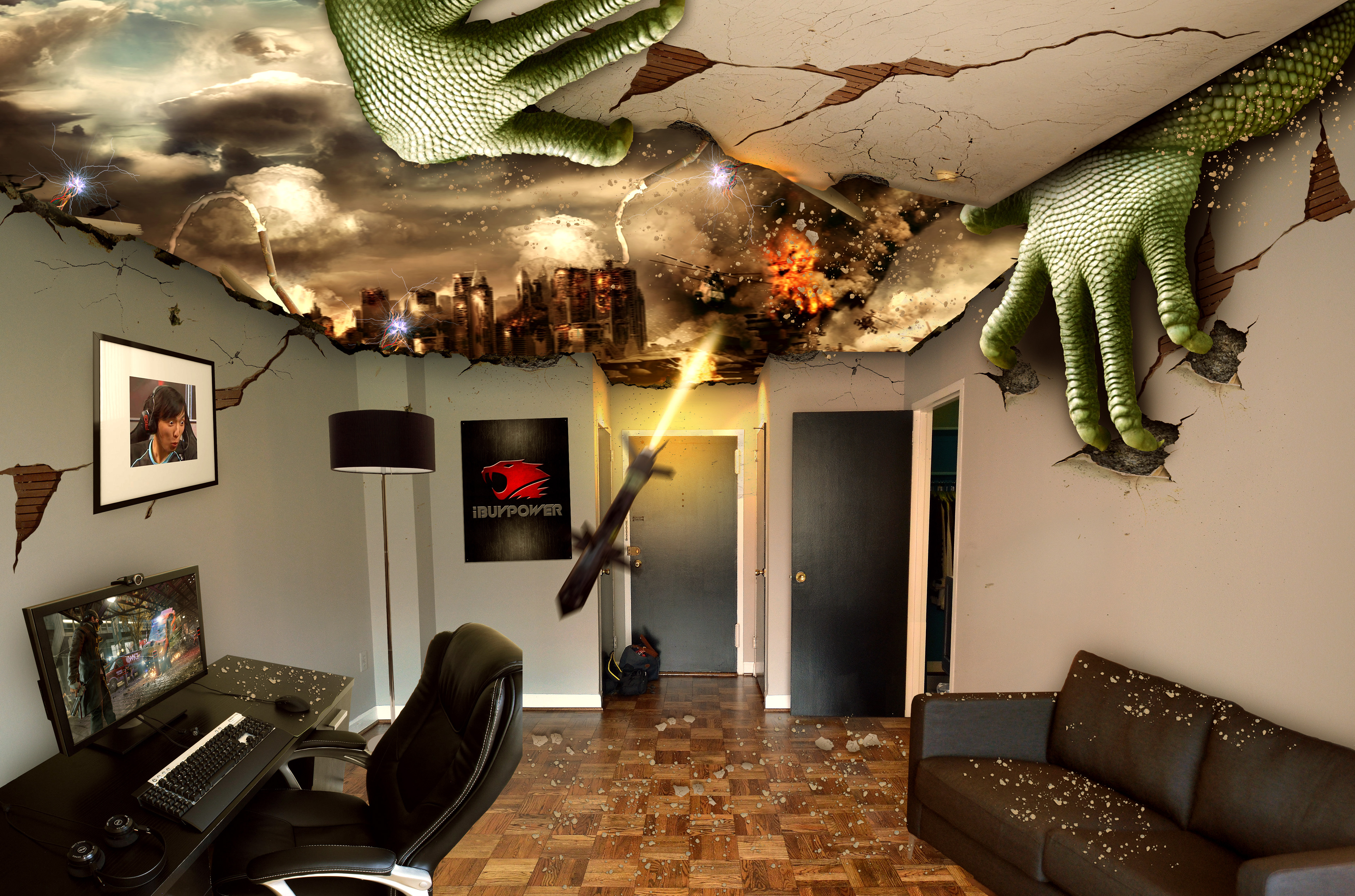 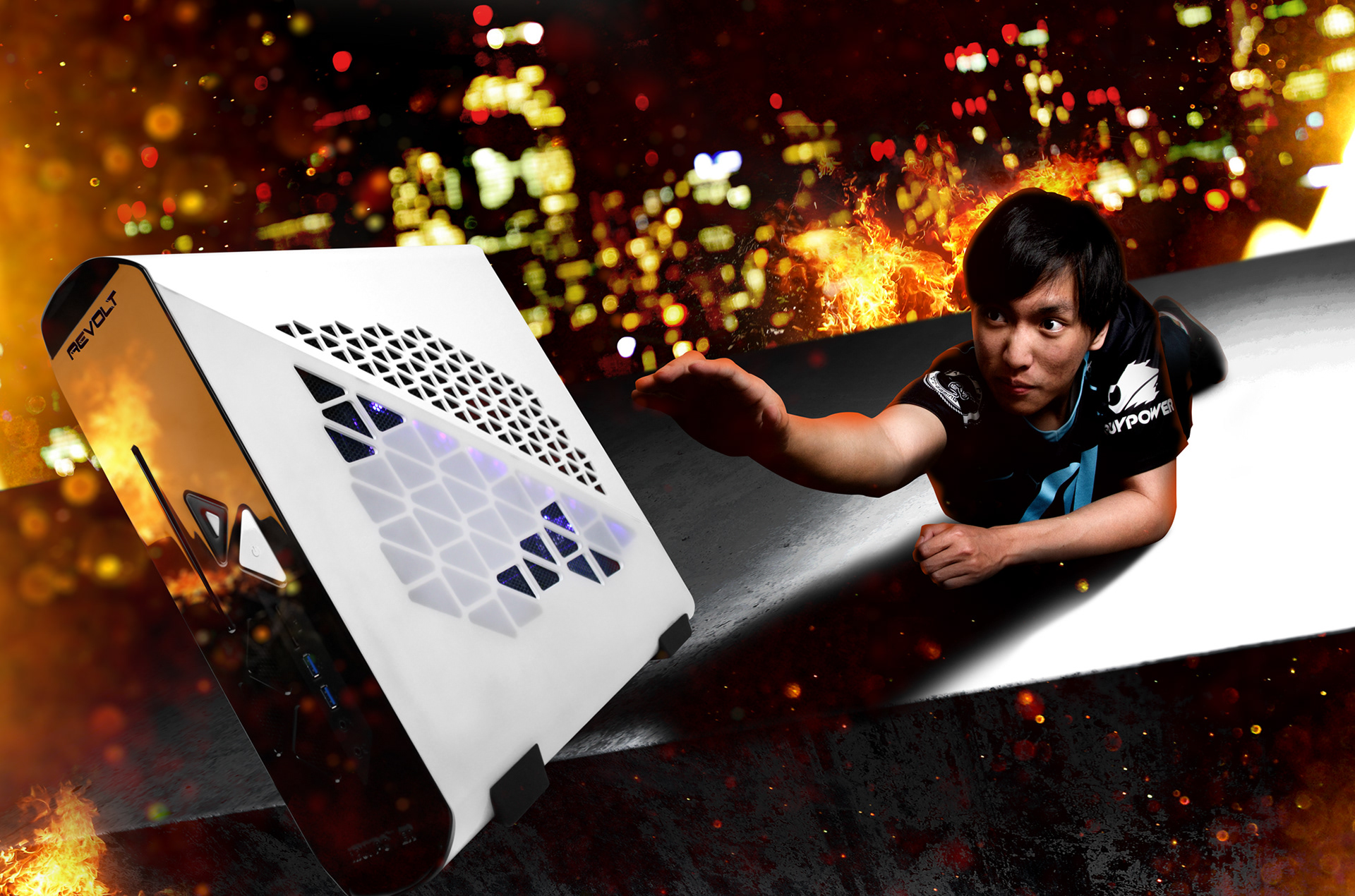 Mockups and concepts of the campaign pre-final assets 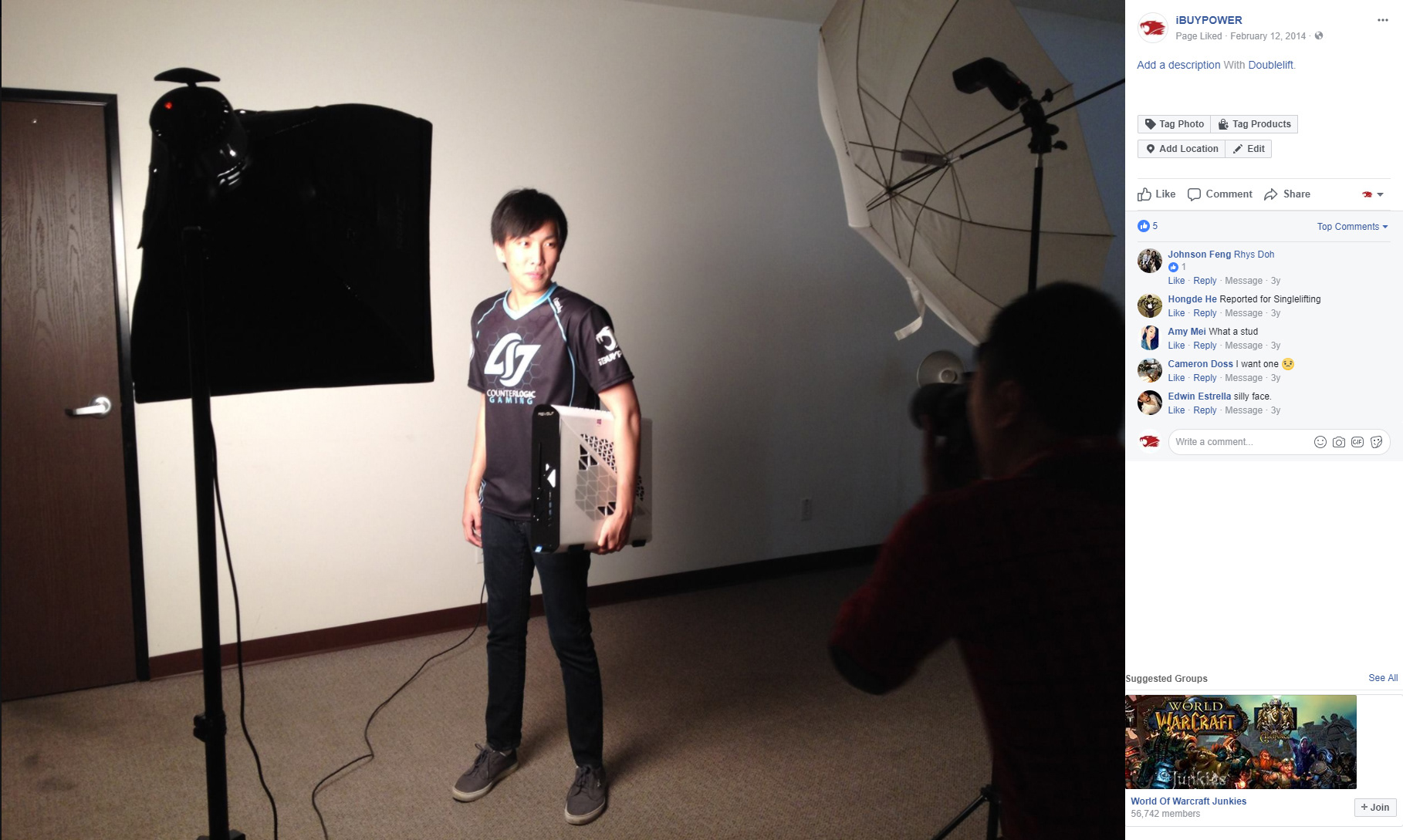 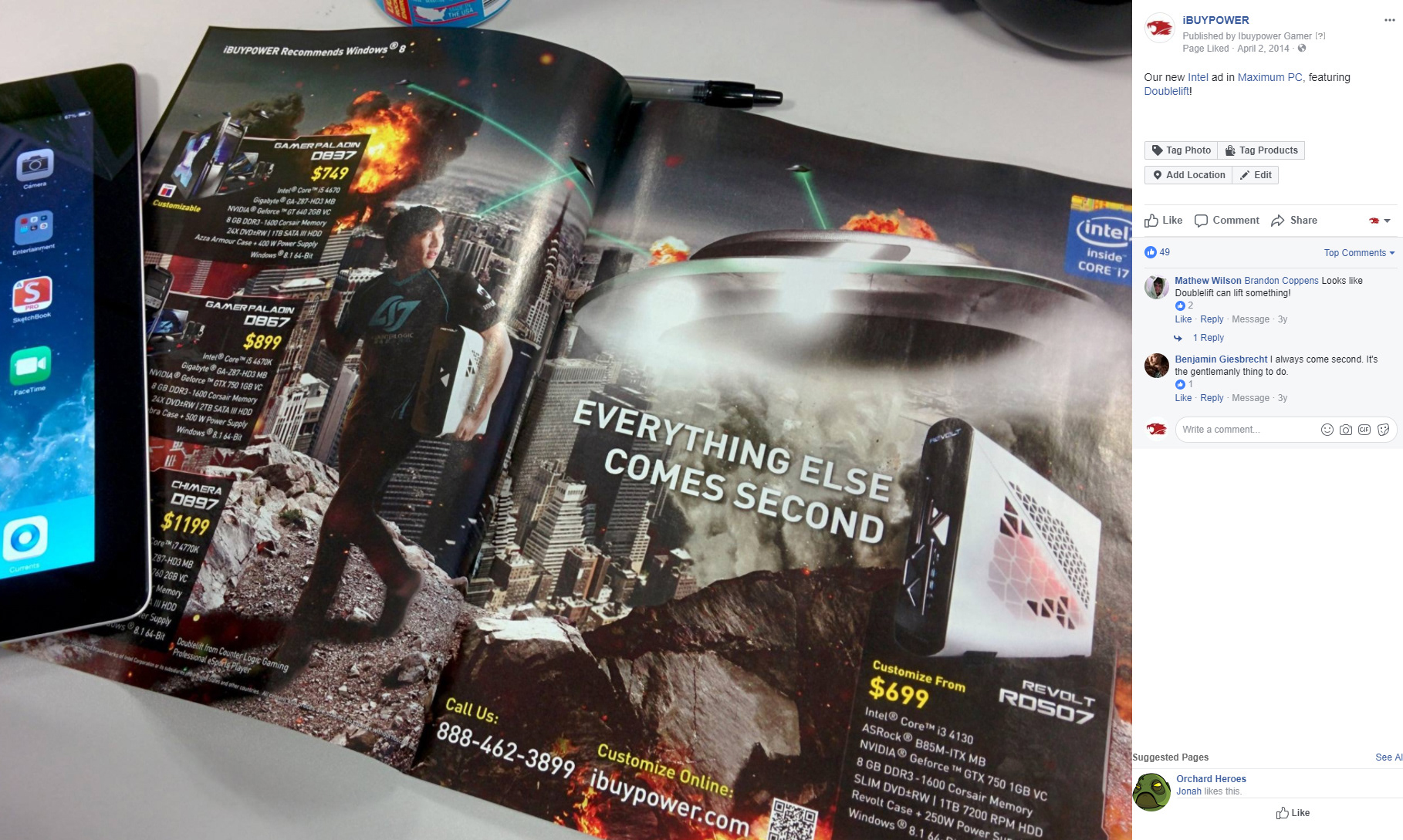 Social buzz and behind the scenes
↑Back to Top